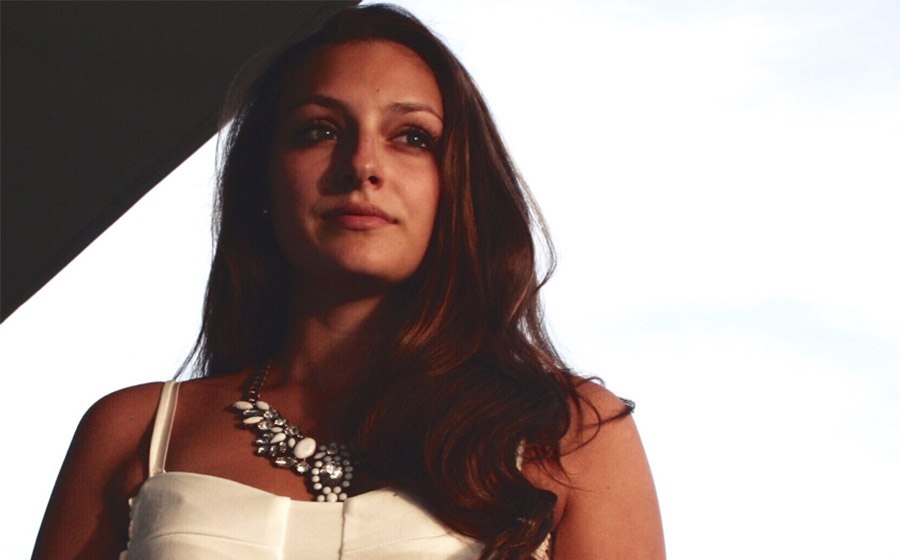 Written by admin on November 11, 2014. Posted in about myself, blog, clothes & accessoires, quotes

“Unique and different is the new generation of beautiful… You don’t have to be like everybody else. In fact I don’t think you should.” ― Taylor Swift

Some days ago, when we still had some warm weather my mum helped me to shot the outfit below.

I’m wearing a really cozy but still cute & elegant white dress called Tamzin Lace Dress which I got from the Boutique Allegra. What makes it so special are the laces on the left and on the right side of it. 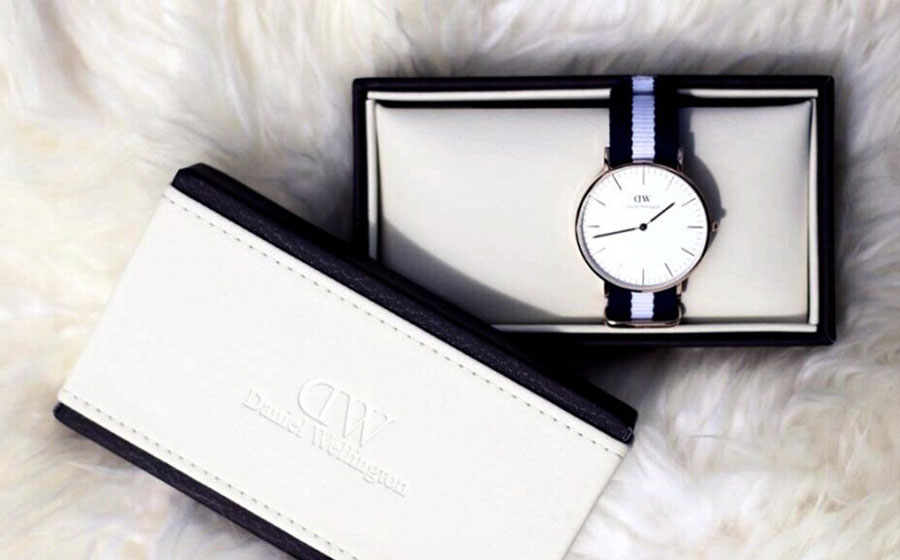 Written by admin on October 27, 2014. Posted in about myself, blog, clothes & accessoires, everything, experience, quotes, travelling

Some weeks ago I had the chance to choose one of the beautiful Daniel Wellington Watches.

I totally fell in love with the Classic Glasgow Lady! Here some details:

I really love this watch, specially because of the unique strap. It combines the timeless and elegant nautical spirit, capturing the essence of a vacation by the ocean.

This whatch always reminds me of the good old times where we were sailing… As we once stayed in Cyprus, my dad and I made the sailing licence.

After a year we spent our holidays on a huge katamaran in Sardinia, Italy.

And on the Maldives we borrowed a kat for visiting a lonely island.

(my dad, my sister Géraldine and I exploring a little island)

Another reason why I love this watch is the ultra-thin (6mm) case thickness. Because of that, the watch is suitable for every occasion. Whether you want to play some sport, have to go to work or an elegant event or just having fun on a sunny day in the city – Daniel Wellington makes for a beautiful companion.

Why I am also addicted, is because you can change the straps whenever you like! There are so many different colors available – so it will never get boring and you always got a unique accessory.

I also adore the clean lines of the Classic Glasgow Lady watch. I think there shouldn’t be any more details on the dial, otherwise it will be crowded and it makes it less elegant…

What are your opinions? Do you like the watch or not?

P.S. for all those who love the watches from DW as much as I do: you can get 15% off with code “valerieflorence” on your favourite DW watch from http://www.danielwellington.com/.

some days in HAMBURG

Written by admin on June 3, 2014. Posted in about myself, blog, clothes & accessoires, experience, food, hamburg, travelling

I’m really sorry for not being so active the last few weeks. I had some really important tests for school. But one week ago on Wednesday I wrote the last one in the morning and went for a break to Hamburg, Germany in the afternoon.

I travelled with a little group from the Lions Club Baden and my family. We stayed in the hotel called Hotel Hafen Hamburg. From there it took us only five minutes to the port of Hamburg.

On the first morning of our little trip we made a little bus-tour through the port and through the thousands of containers. In the afternoon we went on a boat to Blankenese which is a district full of stairs! But as soon as you reached the top of it, you got an amazing view  over all the beautiful white houses and over the river Elbe.

Friday morning we had the privilege to get a private guided tour trough the Elbphilharmonie! For all those who never heard about it before (including me :P) : It’s a huge building made out of glass which is going to be the highest of Hamburg (110 meters high). The conceptual design of the windows and of the roof is reeeeeaally complicated – belive me! As they started to build it in 2007 they planned the finish costs about 80 millions and should have been complete it in 2013. Now the costs stay more or less at 790 millions and the new expected date for opening is in spring of 2017! A hotel, three concert halls and some appartements will be placed into this incredible “house”!

The Elbphilharmonie from the outside..

…and from the inside (out of a future appartement!)

In the afternoon we got finally some time for shopping :D! I found my new beloved Timbis and new summer shorts.

At eight o’clock in the evening the musical called Phantom of the Opera started. I didn’t like it that much because the style of music wasn’t one of my favorites.. Instead of this I can really recommend the musical The Lion King! I saw it some years ago also in Hamburg and could watch it over and over again!

Saturday morning we made a little boat tour (Fleetenfahrt). Did you know that Hamburg has got more bridges than Amsterdam and Venice together?!

In the afternoon we visited the Karolinen-district. There we went trough a really big bric-a-brac market and walked down the market-street. There we found some really funny stores! Like the shop called Hot Dogs! There you will find old original stuff which is 15 to 70 years old! I think we stayed inthere like over an hour.. we always found some new interesting things haha

In one of the other stores I found a new friend – he’s called Whisky but don’t take this wrong!! Whisky is a nine months old beagle. I played the whole time with him while my parents tried some clothes on 😛

baby Whisky and me

On Sunday we had to say goodbye to this amazing city, but we’ll see us soon Hamburg – pinky promise! 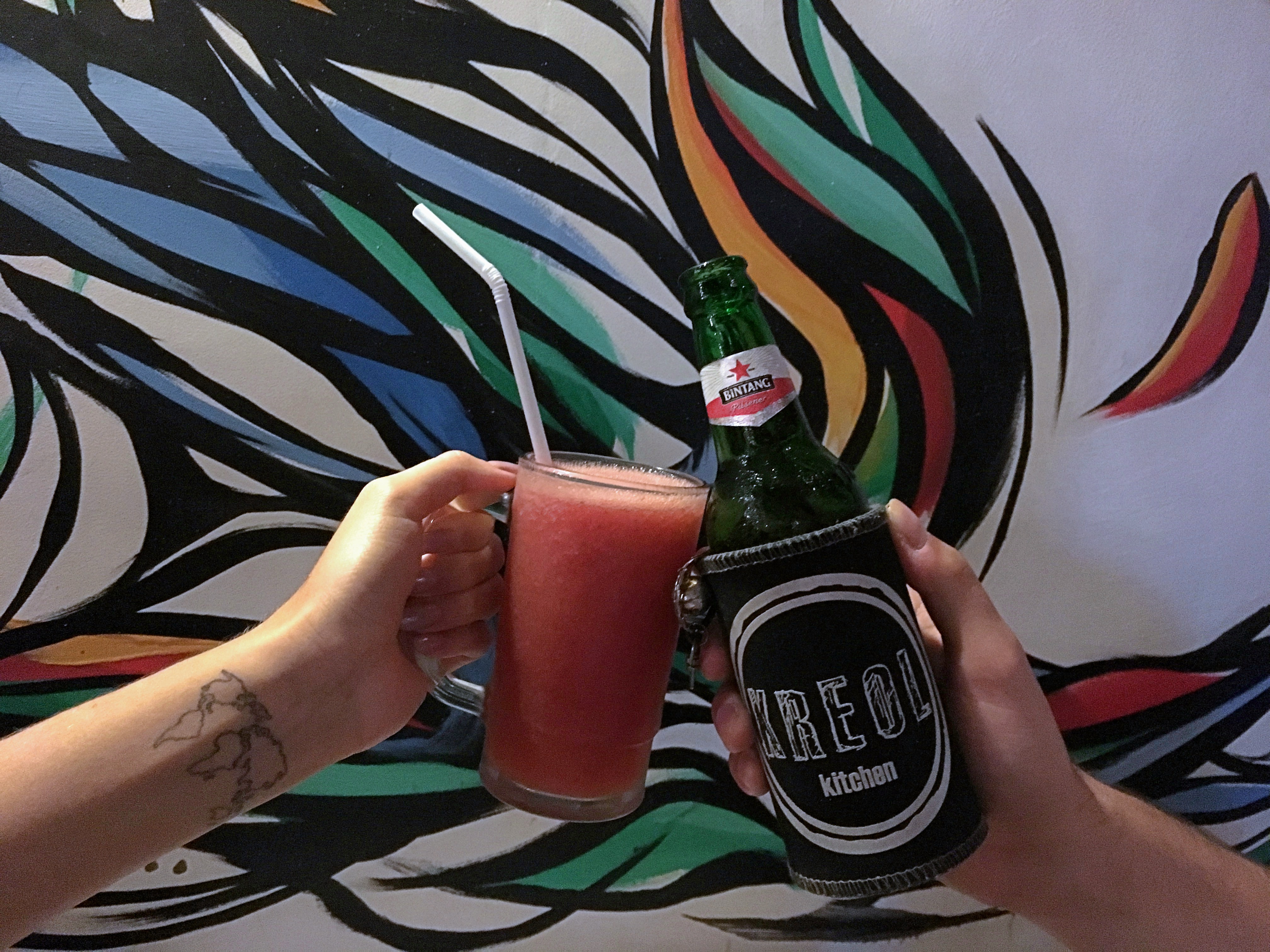 What are your experiences from Hamburg?

Written by admin on May 17, 2014. Posted in about myself, blog, clothes & accessoires, travelling

This week my beautiful bikini from TRIANGL SWIMWEAR finally arrived! I would like to give them a massive thank you and recommend you guys check them out if you’re interested in a pair! The bikini I got is called Miami Mint and all their bikinis are made out of neoprene. So they are of great quality and super comfy!

Now I can’t wait any longer till my summer holidays start!

Have all a nice evening

Written by admin on May 5, 2014. Posted in about myself, blog, clothes & accessoires, experience, travelling

Last friday after work my boyfriend picked me up and so we drove together to the south of Switzerland. We stayed in our summer holiday house in Melide. The whole weekend was just perfect! We had over 22 C° and enjoyed the sunny weather.

On saturday we went to Mendrisio. There we visited the giant Fox Town Mall and made some shopping. I bought two new blouses and a cute blue and white striped pullover. (I’ll show you them soon)

What did you do last weekend?